Secrisa is specialized in laminated glass used with architectural and decorative ends, the uniqueness of the products of Secrisa is the incorporation in the glass of different interlayer elements depending on the application or the desire of the client. 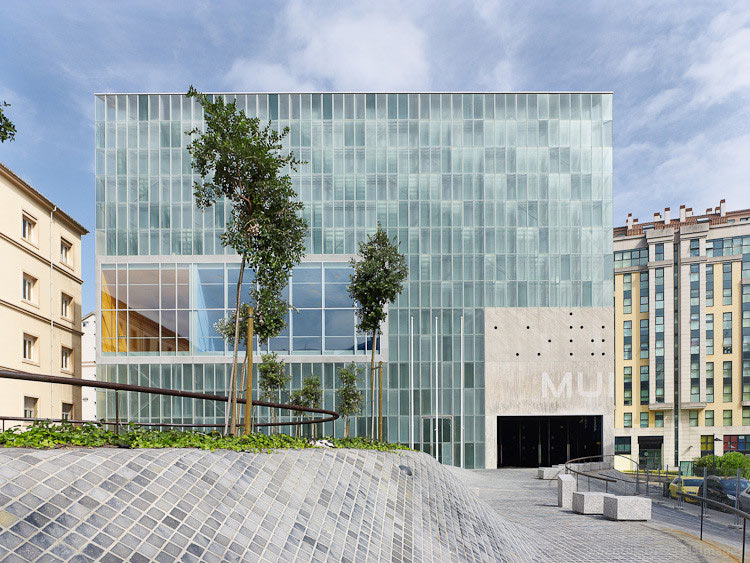 Secrisa Vidrio S.L (SEGURIDAD CRISTAL S.L at the beggining) was founded in Valladolid, with a capital of 240.500 Euros.

The objective of the company was from our origins to develop the growing market of laminated glass and other specialties such as curved glass or industrial serigraphy, in this context we make the acquisition of our first machines.

Secrisa begins the production of colored glazed glass contributing to a product line extension toward screen-printed glass (Decorblind), which was mainly applied in commercial bank image, becoming the main source of business of this period. In these years a large part of the labeling of banks and insurance companies operating in the national territory (Argentaria, Popular, Athena, AXA, BCH, Santander…) incorporate this Secrisa made product, while other types of corporations such as Riu or Tryp also formed our goodwill.

The fall of the corporate image forced a reorientation of the commercial force in the way of the unique architecture, this produces the development of new products such as Secrilam or Secritex. In this decade Secrisa participates in great projects of the hand of world-class architects. At the same time, Secrisa leaves the production of acid silk screen and curved glass.

In the same period we began our internationalization, installing a production plant in Havana, Cuba, focused primarily on serving the hotel and service industry that was developed on the island. Due to its commitment to the customer, Secrisa implemented the quality assurance system in 1999 following the UNE-EN-ISO-9002 standard certified by SGS. In 2002, Secrisa renewed its certification following the new UNE-EN ISO-9001: 2000 standard, being the first Spanish company in the industry with this consideration.

The economic depression experienced since 2007 led the company to a new reorientation, our commercial effort from that moment was to focus on channels like the retail and the contract. We looked for new ways to satisfy the customer and make a transition between the old and the modern Secrisa. In 2015 we concluded the transfer of old facilities to the new headquarters, preparing the company for the challenges of the future.

Vision, mission and values of the company.

Our vision is to continue building a company that develops its activity in integral image plans, respecting the principles related to creativity with the highest rigor and quality control, giving innovative solutions for each of the problems and making of Secrisa the world leader In the special glass industry.
Our mission is to offer new uses and applications in addition to the conventional markets, always guaranteeing the quality of the product.